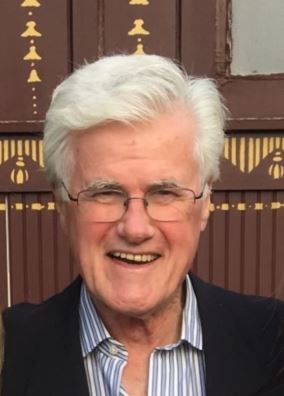 Eugene “Gene” R. O’Brien, 81, of Princeton Junction, NJ, passed away at University Medical Center Princeton at Plainsboro on June 17, 2022.  The only child of Edward L. and Marie O’Brien, Gene was born in Newark, NJ and raised in Elizabeth, NJ before residing at his home in Princeton Junction until his passing. Gene graduated with his masters degree in Electrical Engineering and was employed by the Bell System; most recently with Lucent Technologies before retiring.

A thoughtful and fair man, Gene was a driving force and role model for many young people. He had a passion for robotics beginning in 2004. In 2010, Gene became a Founding Member of
FIRST Robotics Mid-Atlantic District. He served as Chair of many committees over his three terms including Chairman of the Board, Chair of Finance and Chair of Recruitment. He lent his
knowledge and time to any and all who needed or asked for it, and was known for his commitment to ensuring the team’s success. Gene was a wealth of knowledge and found great joy in exposing
children to the world of robotics.

In lieu of flowers, memorial contributions can be made in his memory to FIRST Mid-Atlantic Robotics at midatlanticrobotics.com/donate