PE Exam Prep Courses
MnSPE PE exam prep courses are offered via live webinar and feature live interaction with an instructor. There is no in person, classroom option.  Information for each course as listed below is valid for the spring 2019 courses / April 5, 2019 PE exam.  If you plan to take the PE exam in October 2019, email MnSPE and ask to be notified when course details are finalized and registration is available for our fall 2019 courses, likely in early July.

ALL COURSE INFORMATION:
MnSPE has an arrangement with New York State Society for profit sharing for their PE exam prep courses. When you register please choose the “my NSPE state society” drop down in the mandatory “I learned about this course via” question to benefit NYSSPE!

____
Note: NYSSPE facilitates posting on this blog, but the views and accounts expressed herein are those of the author(s) and not the views or accounts of NYSSPE, its officers or directors whose views and accounts may or may not be similar or identical. NYSSPE, its officers and directors do not express any opinion regarding any product or service by virtue of reference to such product or service in this blog.

Read the Year in Review to learn more about advocacy wins, growing federal presence,work on key topics, and much more.

NSPE Annual meeting, July 18–22, 2018 in Las Vegas marked the end of one very eventful program (and fiscal) year, and the start of a new one, with new officers and directors elected and plans in place to pick up right where prior leadership left off. Highlighting some of the progress your society has made, as reported to the membership in Las Vegas at the House of Delegates General Assembly:
The 2017–18 year saw:
• Continuation and even acceleration of the incidents of threats to licensure emerging in state legislatures and executive branches (and continued success by national and its state partners in fighting them off);
• The Committee on Policy and Advocacy completing (and the House of Delegates approving) a total update and refresh of NSPE Professional Policies and Position Statements;
• The Future of Professional Engineering Task Force presenting its final report to an overflow crowd at the convention’s closing session; and
• NSPE continuing its active role advocating for PE involvement in emerging technologies, in particular autonomous vehicles.
All in all, it was a very busy year for NSPE and its strong network of state societies and local chapters.  Throughout 2017–2018, the Society kept the professional engineer front-and-center as it championed the PE license, stood as the ethical guide to the profession, powered professional advancement, and united the PE community.

In terms of membership engagement and utilization of NSPE services, 2017–18 saw:
• A 160% increase in downloads of state-by-state licensing rule reports by members from the NSPE website;
• A 25% increase in the number of new threads created by members in the online Open Forum and a 51% increase in the number of posts;
• NSPE now has 38 active online communities (specific to a committee, task force or other society component) and these see 3,000 to 3,600 logins per quarter;
• Increases in the volume of NSPE mentions and activities on all of the major social media platforms (Facebook, Twitter, LinkedIn, YouTube, and Instagram) from 8% to 197%;
• A 437% increase in the number of members participating in live webinars; and
• A 31% increase in utilization of NSPE “15 Free PDHs.”
Looking beyond core NSPE member services:
• NSPE completed conversion from paper-and-pencil to computer-based testing for NICET certifications and achieved an 8% increase in NICET testing revenues;
• NSPE increased non-dues revenue from affinity program sales by 14%; and
• Increased advertising and sponsorship sales by 19%. END_OF_DOCUMENT_TOKEN_TO_BE_REPLACED

We extend a huge thank you to our members who have reached out to their legislators on this priority issue.  We would further like to thank other design professional organizations which have joined in the effort.  Governor Cuomo’s approval of this measure, now the focus of our attention, is the next step needed to put this law in place.

____
Note: NYSSPE facilitates posting on this blog, but the views and accounts expressed herein are those of the author(s) and not the views or accounts of NYSSPE, its officers or directors whose views and accounts may or may not be similar or identical. NYSSPE, its officers and directors do not express any opinion regarding any product or service by virtue of reference to such product or service in this blog.

NYSSPE is pleased to announce that Nikhil Bodhankar, P.E. has been awarded the very prestigious National Society of Professional Engineers 2018 Young Engineer of the Year Award. 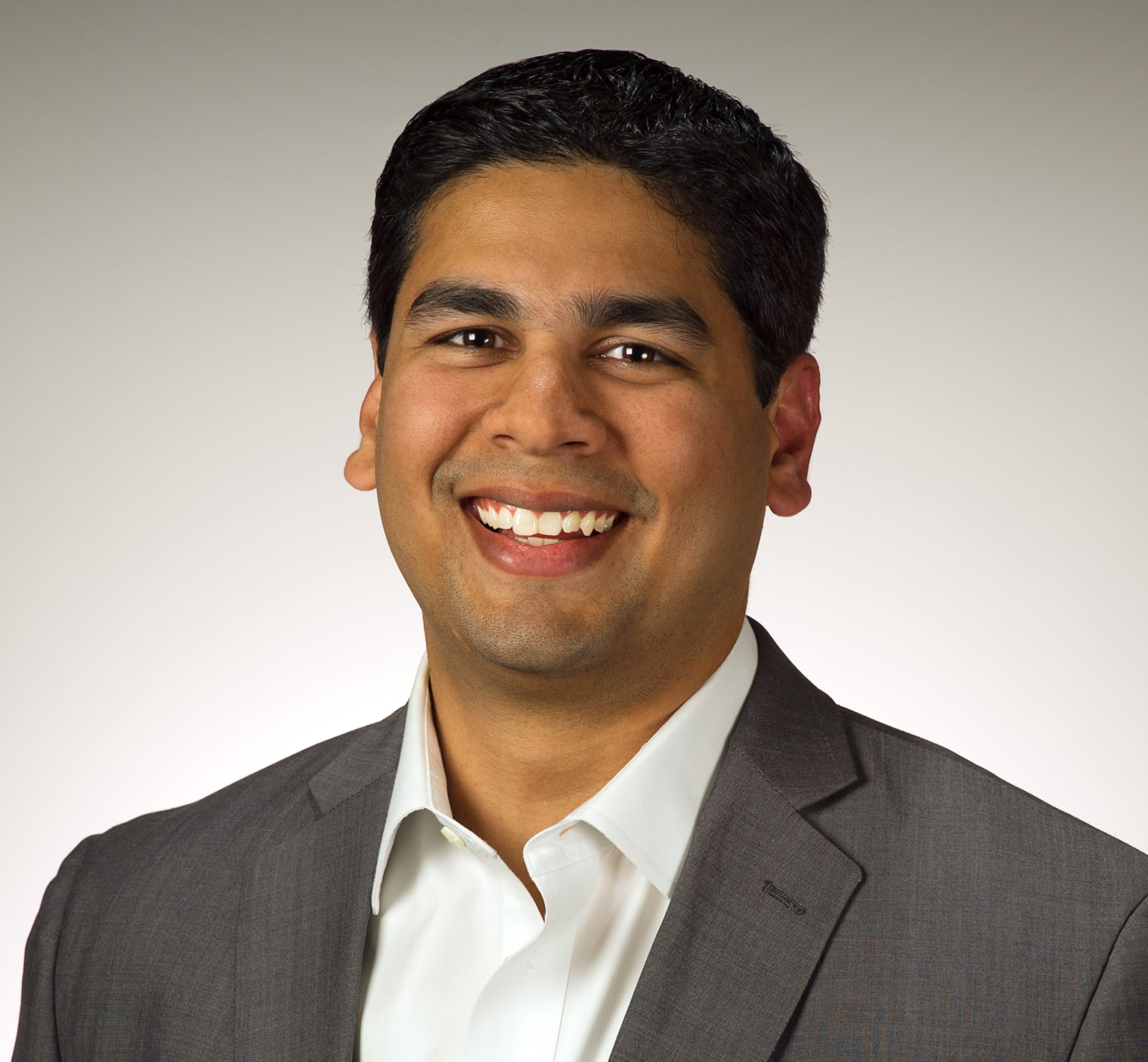 Nikhil Bodhankar, P.E. is a senior electrical engineer, associate principal and shareholder at SMRT Architects and Engineers in Latham, New York.  He is a member of the Capital District Chapter and currently resides in Niskayuna, NY.   Nik has more than a decade of experience in specialized scientific research and practice in electrical engineering. His designs have been applied in a variety of public and private sector fields, including research institutions, education, utilities, transportation, health care, and renewable energy. Nik leads the Electrical Engineering Department of SMRT’s New York office.

He has worked closely with clients including the GE-Global Research Center, where he made substantial contributions to the complex areas of safety electrical circuits, explosion-proof environment electrical design, machine automation, programming variable frequency drives, and developing control logic for some of the world’s more challenging research experiments. His clients have also included Regeneron Pharmaceuticals, GlobalFoundries, Rensselaer Polytechnic Institute, and the New York State Office of General Services. END_OF_DOCUMENT_TOKEN_TO_BE_REPLACED

NSPE has named nine professional engineers to its 2018 class of Fellow members. The Fellow membership grade honors active NSPE members who have demonstrated exemplary and devoted service to their profession, the Society, and their community. Requirements for the designation include holding at least one elected office at any level and active involvement at the national level.

NSPE state and territorial societies can nominate Fellows, as can NSPE interest groups, chartered affinity groups, and the Board of Directors. 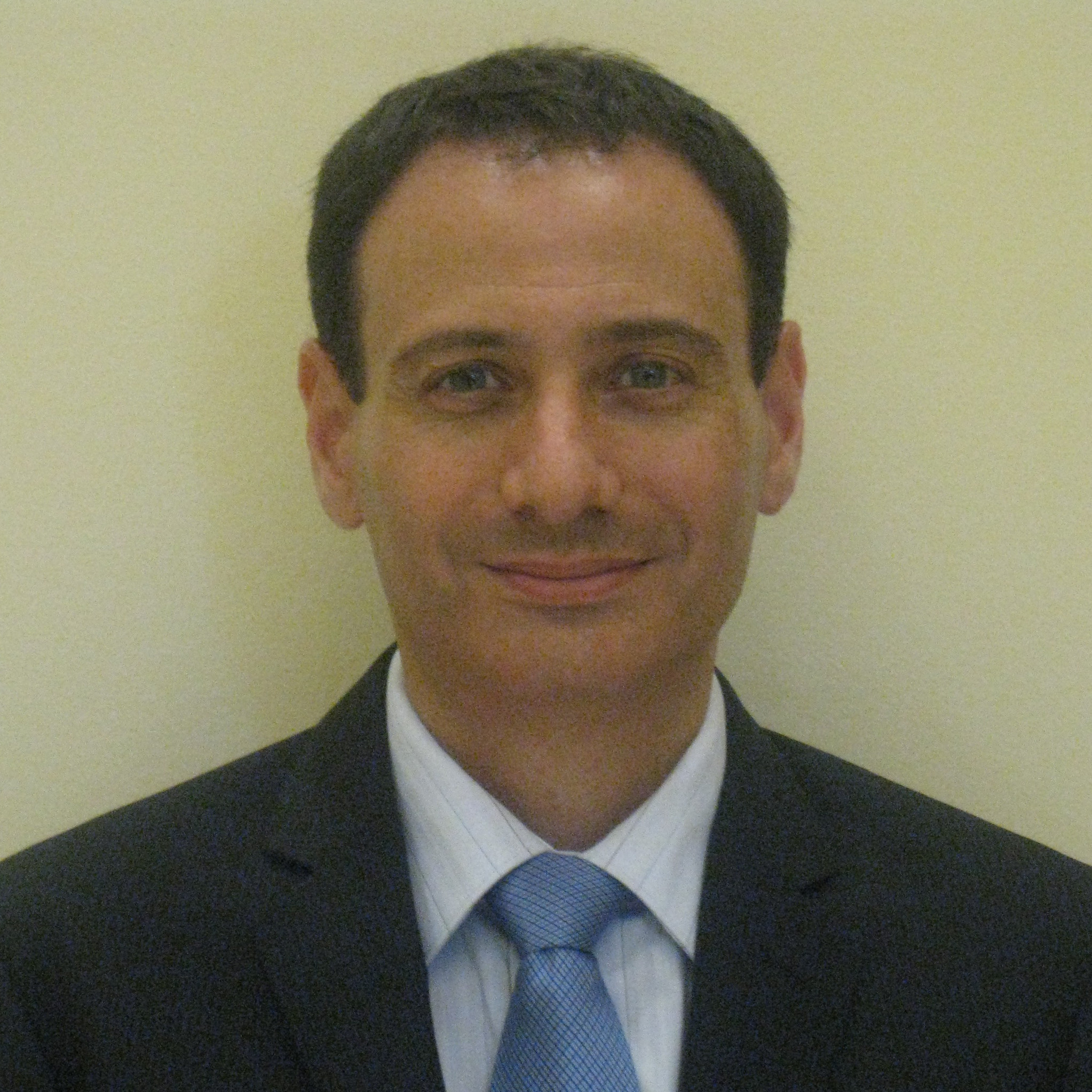 Congratulations Andrew Yarmus, P.E. and the fellows Class of 2018! 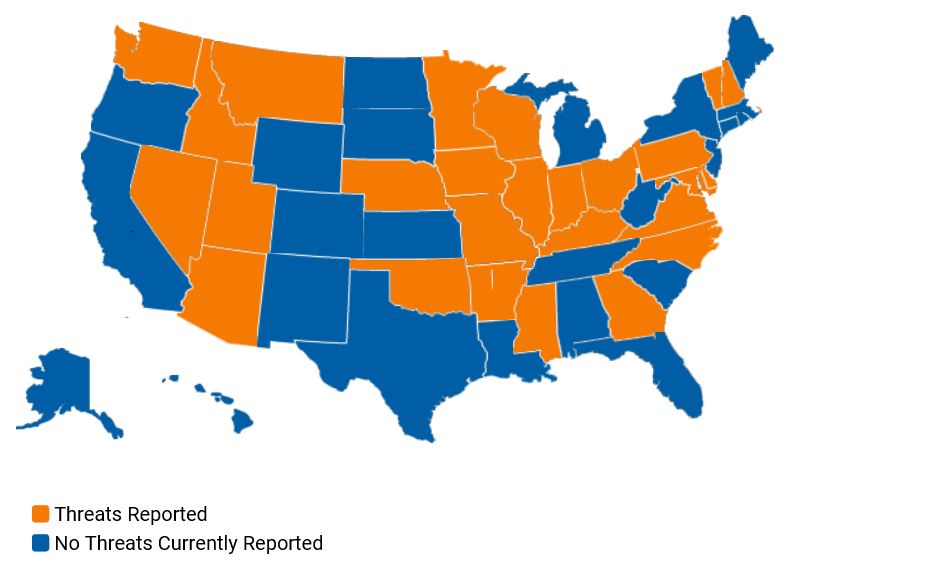 Over the last few years, there has been a growing movement by some governors and legislators to target the regulation of occupations and professions under the guise of cutting government interference and boosting state economies. On January 10, NSPE Executive Director Mark Golden, NCEES CEO Jerry Carter, and Arizona Board of Technical Registration Executive Director Melissa Cornelius participated in a free webinar to discuss what appears to be a concerted national effort to undermine occupational licensure and how that effort is affecting professional engineering licensure. This national trend was highlighted in the “A Rising Threat Level” feature article in the January/February issue of PE.

In partnership with state societies, NSPE is actively monitoring and responding to those threats whenever and wherever they arise. So far, NSPE has mapped out 26 states where similar legislation, regulations, or executive orders have been introduced, signed, and/or passed. Although much of the legislation does not specifically target professional engineers, by opposing occupational licensure in general, the broad attacks sow confusion about the importance of engineering licensure and its role in protecting the public. END_OF_DOCUMENT_TOKEN_TO_BE_REPLACED 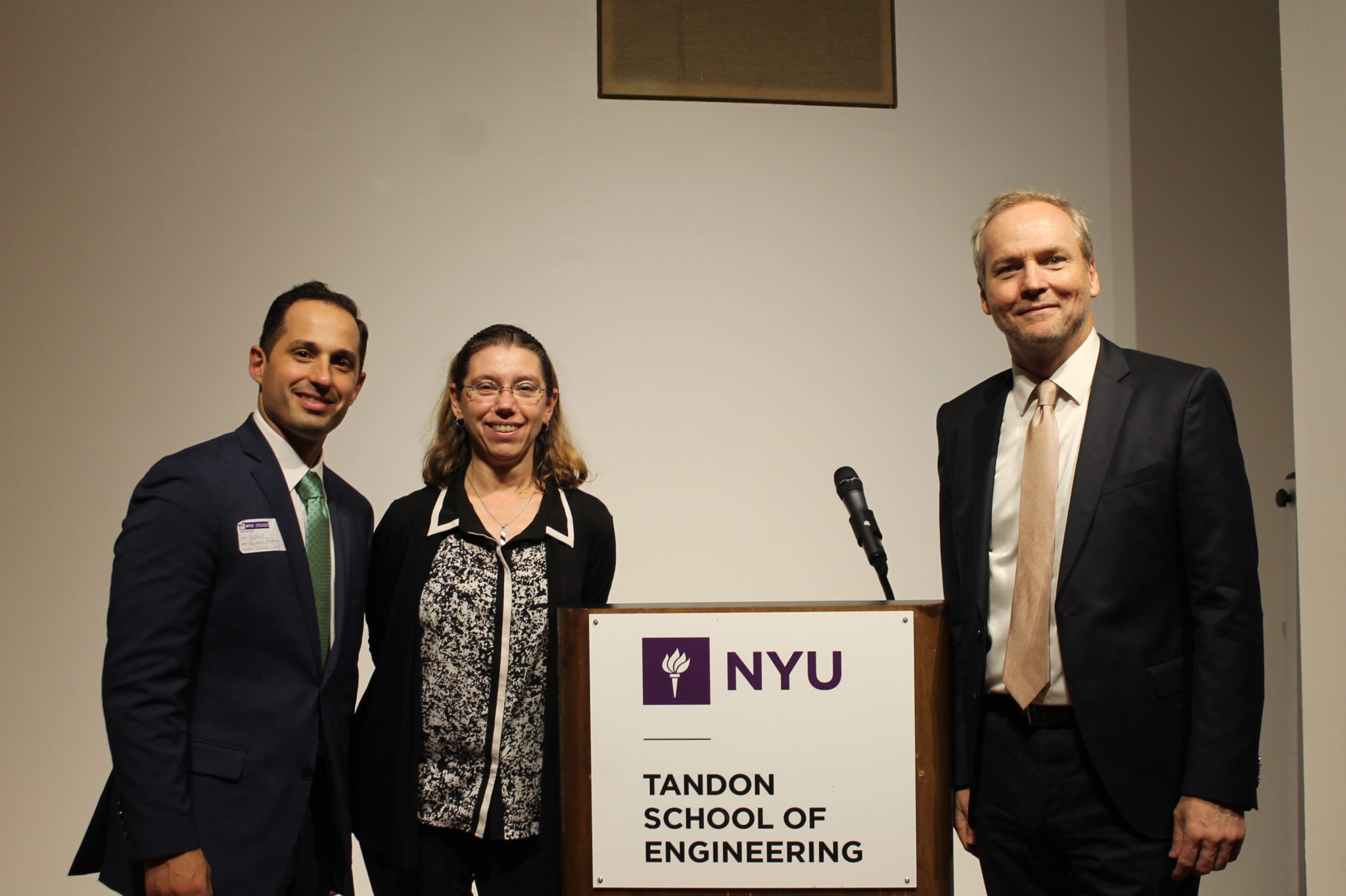 About 4 years ago, at the New York Society of Professional Engineers (NYSSPE), we decided that we needed to create a way for New York City design professionals to interact with the NYC Department of Buildings (DOB).   A way that would help these professionals stay up to date on the latest codes, and also meet and ask questions of DOB officials including Commissioner Rick Chandler, P.E.

Commissioner Chandler also spoke for the fourth straight year at the event. The Commissioner focused his remarks on the importance of safety on construction sites. He mentioned legislation passed recently by the City Council mandating safety training for everyone who steps foot on a construction site. This is a message that we all need to hear repeatedly.

All of the technical presentations were very engaging, evidenced by the large number of comments and questions after each one of them. Once again this event achieved it’s goal of connecting design professionals with city officials to help both parties be able to do their jobs better. END_OF_DOCUMENT_TOKEN_TO_BE_REPLACED

The following is an excerpt from the National Society of Professional Engineers (NSPE) Board of Directors (BOD) summary report for July of 2017 written by NSPE Executive Director Mark Golden, FASAE, CAE.

NSPE expressed disappointment and concern that a bill on the testing and deployment of highly automated vehicles will allow automakers to deploy the vehicles without first addressing the major safety, technological, and ethical implications.

The draft legislation, the Highly Automated Vehicle Testing and Deployment Act of 2017, is being considered by the House Energy and Commerce Committee’s Subcommittee on Digital Commerce and Consumer Protection. Recognizing the promise of highly automated vehicles, NSPE has been a leading advocate on the need to place the public health, safety, and welfare first, and require a licensed professional engineer to play a key role in the development, testing, and safety certification of autonomous vehicles. NSPE is urging defeat of the legislation in its current form until these concerns are addressed. NSPE has been proactively working with Congress to address these vital issues. Rep. David McKinley, PE (R-WV), a longtime NSPE member, has been raising these issues with the subcommittee. In particular, NSPE and McKinley have expressed concerns about the lack of a requirement for a third-party certification by someone in the decision-making chain (i.e., a professional engineer) who has a duty that puts public safety first and overrides competitive pressures. You can watch Rep. McKinley’s remarks on this topic. Update: The Committee did pass the bill. END_OF_DOCUMENT_TOKEN_TO_BE_REPLACED