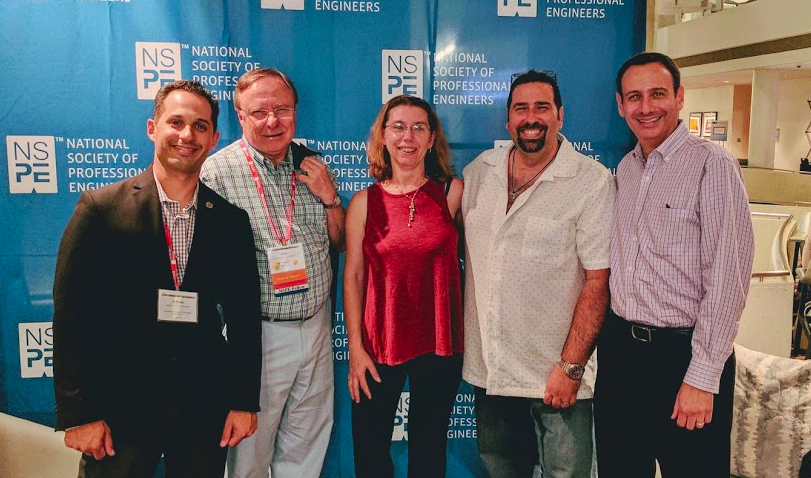 The main focus of the conference was a vote during the House of Delegates meeting to enact a new unified national dues structure.  Click here to read about the new structure, which was passed.

Other highlights from the conference included:

One of the biggest topics, of those that were discussed throughout the conference, was the threat to professional licensure that has recently occurred in approximately 21 States (click here to see map).  This means that there were requests and/or considerations to eliminate professional licenses in these States.  This poses a major threat to the PE license, as once one State eliminates one professional license, there could be a chain effect.  NSPE has and will continue to be vigilant on this issue.

Here is the video that highlights NSPE’s accomplishments last year, which were discussed throughout the conference: