There were some very interesting topics presented at the conference, as well as two different tours. Steven J. Quintavalla, PhD, from the United States Golf Association, broke down all of the technical aspects of the research behind golf products to determine whether or not they are permissible for use. John Cronin, PE, SECB, CBIE, F.NABIE, broke down Hurricane Sandy and the effects it had on the coast of Long Island, and Richard Cartwright, PE, CHMM, CPIM, discussed engineering disasters such as mercury-contaminated wastewater in Minimata, Japan, the Hindenburg zeppelin hydrogen gas explosion in Lakehurst, New Jersey, and the great London Beer Flood in England in 1814, and how we as engineers can learn from them. 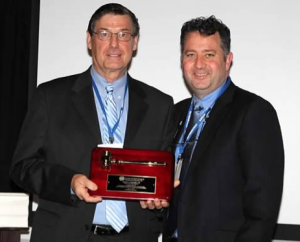 Several attendees went on a tour of the Brookhaven Laboratory. One of ten national laboratories overseen and primarily funded by the Office of Science of the U.S. Department of Energy (DOE), Brookhaven National Laboratory conducts research in the physical, biomedical, and environmental sciences, as well as in energy technologies and national security. Brookhaven Lab also builds and operates major scientific facilities available to university, industry and government researchers. Brookhaven is operated and managed for the DOE’s Office of Science by Brookhaven Science Associates, a limited-liability company founded by the Research Foundation for the State University of New York on behalf of Stony Brook University, the largest academic user of laboratory facilities, and Battelle, a nonprofit applied science and technology organization.

Attendees also took a tour of the local Baiting Hollow Farm Vineyard & Horse Rescue (BHFV). The winery, which uses only organic compost to farm, also rescues horses and keeps them on the property. The tour covered all of the winery grounds and the visits with horses. Attendees also participated in a wine tasting to sample several of the wonderful wines made at the BHFV.

The NYSSPE Annual Awards and Installation Dinner was held within the actual aquarium, just adjacent to the massive shark tank. Along with the installation of the 2014-2015 NYSSPE state and local officers, which was performed by NSPE executive director Mark Golden, the NYSSPE annual awards were given out. The NYSSPE PEC Project of the Year award was given to the design and construction team of the 1 World Trade Center. A riveting video, which included a graphical timeline of the construction, was shown during the award presentation. Members of the team each said a few words about working on the world-renowned project, capping off a wonderful evening.  For additional photos of the event, click here.

Our next conference will be held in November in Saratoga Springs. For details, contact Jen Miller at 518-283-7490. 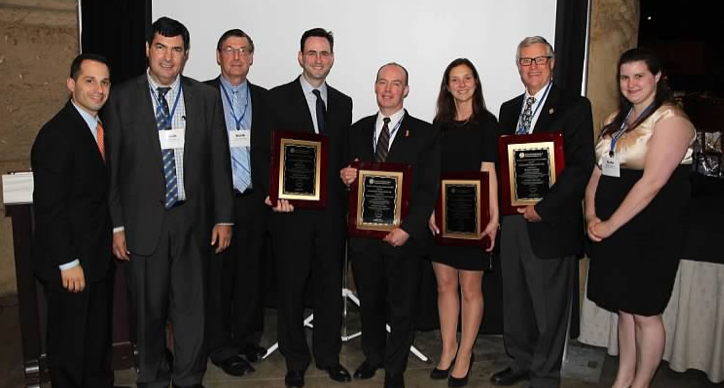 Note: NYSSPE facilitates posting on this blog, but the views and accounts expressed herein are those of the author(s) and not the views or accounts of NYSSPE, its officers, or its directors, whose views and accounts may or may not be similar or identical. NYSSPE, its officers, and its directors do not express any opinion regarding any product or service by virtue of reference to such product or service on this blog.