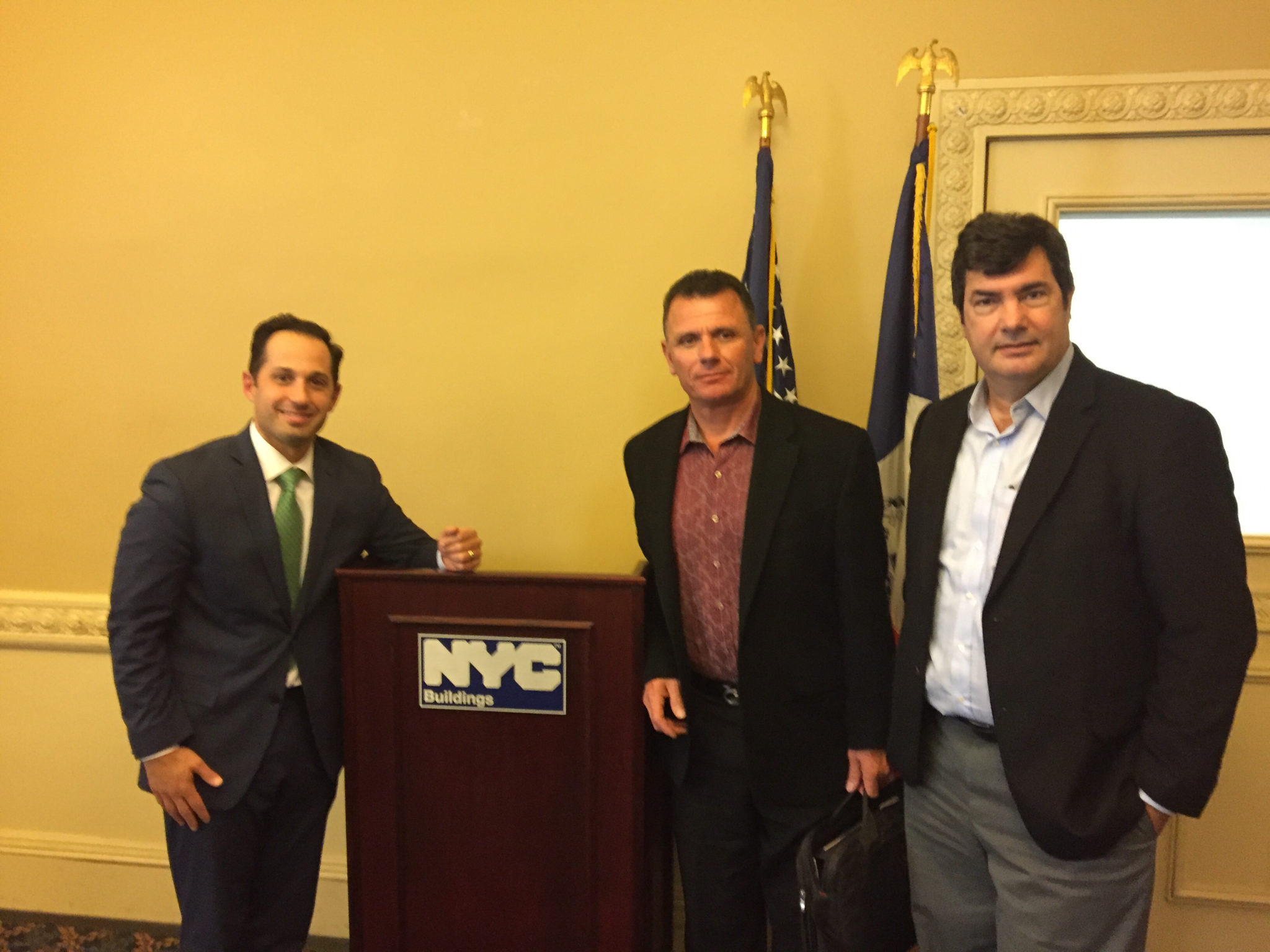 During the meeting, Mr. Chandler discussed the DOB’s improvements made in reducing the time for DOB to accept development filing (first response) and perform required DOB inspections throughout the City.  The slide presentation by Mr. Chandler showing DOB’s progress report will be available online on DOB’s websites within the next few weeks.

The presentation included statistical charts showing that the average time for a DOB plan examiner to respond with comments/objections to a New Building or Alt Type 1 filing was reduced from 11 days in 2015 to just 5.2 days in 2017.   Alt Type 3 average response time was reduced to about 1 day.  There were no statistics available regarding the total time it takes from initial filing to obtaining final plan approvals.

The presentation included an update on the DOB Code Development process and the various committees assigned to revise or update the 2015 NYC Building and Energy Codes.  The DOB, through the work of its committees, completed a revision of the 2016 Energy Code. DOB is also working on creating a separate Existing Buildings Code for alteration work on existing buildings and will present the first draft in or around 2019.  DOB has recently put out an RFP to develop new waterfront regulations and waterfront construction codes of over-water structures.  DOB stated that the goal is to reduce the regulatory burden.

The presentation included an update on the Construction Safety Report of injuries and fatalities.   Construction injuries doubled over the past 3 years to about 501 injuries while fatalities were fluctuating between 8 to 13 per year.  DOB attributes this increase to an increase in construction permits and construction jobs as well as the increase in reporting of minor injuries such as a thumb cut.  Mr. Chandler also discussed various pieces of construction safety legislation introduced by City Council’s Housing and Building Committee and the cost burden of these bills on the construction industry.  The proposed legislation doubles penalties for site safety violations as well as requires reporting injuries to OSHA, reporting to public, introducing new site safety supervisors, and Local Law 196 requiring workers to take 40 hours safety training plus 10 hours OSHA safety training.